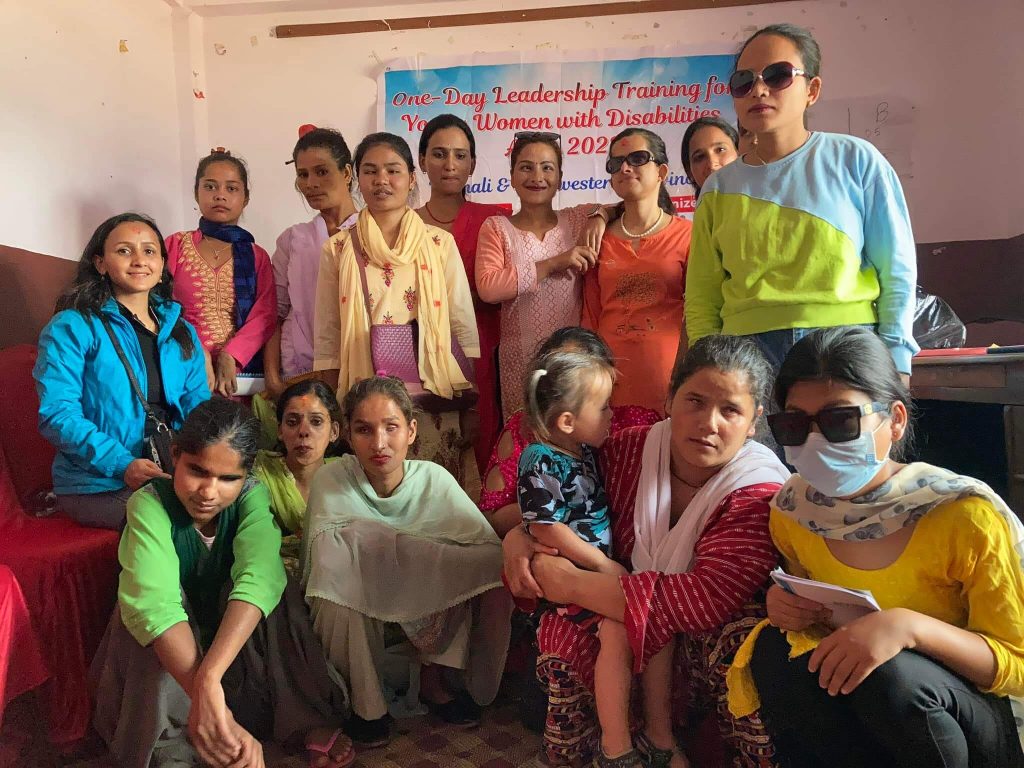 The other phase of this particular project was to provide “One day leadership training to young women with disabilities of Surkhet district. Access Planet Organization held a one-day Leadership Training for Young Women with Disabilities in Surkhet, Karnali Province, on April 19, 2022 (6th Baishakh). The training was held with the cooperation of FRIDA, Young Feminist Fund, with the goal of empowering young women with disabilities and increasing local advocacy around women's and disability rights. This program was facilitated by members who had previously participated in the Training of Trainers.

In the training, participants were provided with sessions on leadership and legal literacy including:

Outcomes of the Program:

Orientation on Sexual and Reproductive Health Rights to Girls with Disabilities

Orientation on Sexual and Reproductive Health Rights to Girls and Young Women with Disabilities.