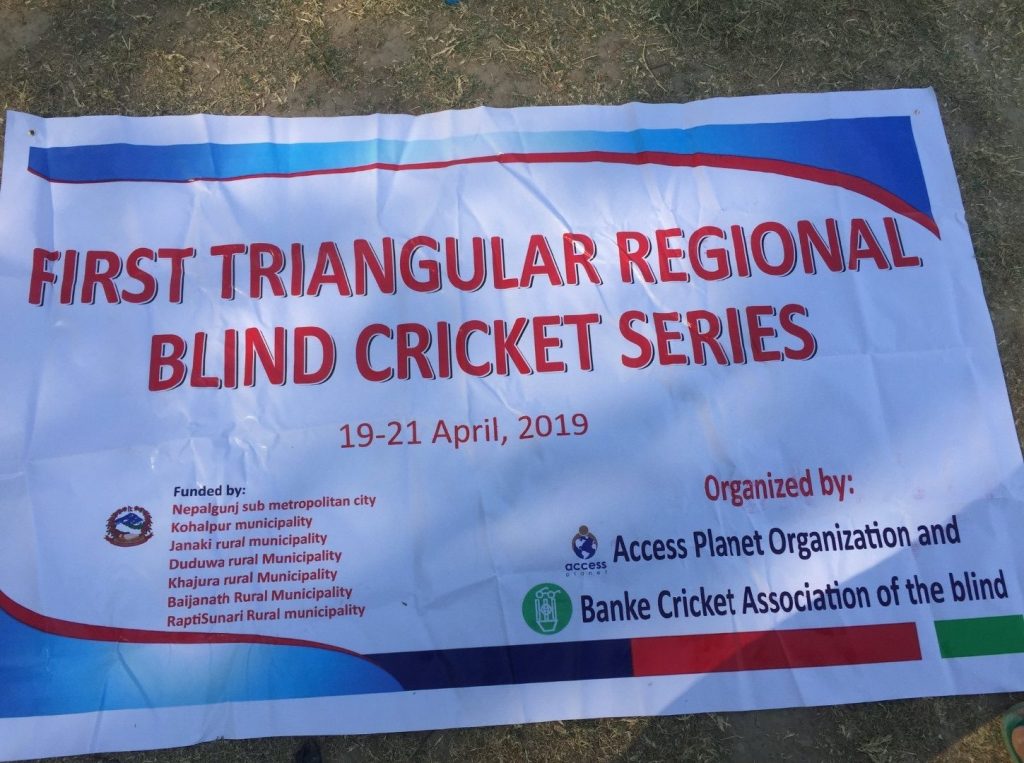 First Triangular Blind Cricket Series for Blind youths was organized by Access Planet Organization and Banke Cricket Association of the Blind. The cricket match was organized from 20-22 April 2019. This tournament was organized in the funding support of local government of the district. In the cricket tournament, there was the participation of 45 blind players from Banke, Bardiya and Lumbini districts. The tournament was conducted which was viewed with excitements by the local government representatives like mayors and deputy mayors. The tournament has helped in promoting physical and psychological well being of these youths and also has contributed in cultivating positive attitude of the community towards blind youths.